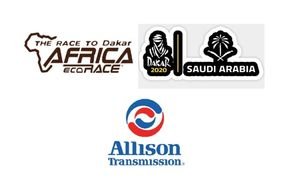 Strengths of Allison automatic transmissions compared to AMTs and manuals proved to be highly efficient during the two recent rally raids known for rough conditions. Allison-equipped trucks claimed the most of top 10 positions in the truck segment on the Dakar Rally 2020, and in a couple of days an Allison-equipped Scania truck celebrated a victory in the Africa Eco Race (AER) competition.

Decent results in these prestigious competitions showed that in practice Allison’s automatics can be more efficient than alternative transmission solutions. Thanks to the use of advanced automatics, drivers could compete more comfortably and safely, as there was no need in shifting gears manually and they could concentrate on driving via heavy-going and sandy surfaces. And that is why Allison’s solutions gradually gain popularity in endurance competitions.

AER is an annual racing competition arranged in North of Africa, as response to the cancellation of 2008 Dakar Rally, and its subsequent relocation, for those enthusiasts who desired to compete in the spirit of the true Dakar. The route of this 6,500 km race went through the territories of several African countries with 12 racing stages. The raid was won by the Scania Torpedo of Qualisport Racing Team. The truck’s powerful engine delivered its 4,700 Nm of torque via a 4000 SeriesTM Allison transmission. Miklós Kovács, the winner of the race, candidly expressed his delight with operating qualities of his automatic car, especially its transmission unit. During attention demanding racing battles through hard-to-pass dunes, Miklós managed to concentrate on the road, while the gearbox smoothly and timely shifted gears. Thanks to well-adjusted operation of the whole powertrain system, the victorious truck successfully passed the trickiest parts of the route. This year, the legendary Dakar Rally was hosted in Saudi Arabia for the 1-st time in its history. About 50 racing trucks were exposed to extreme weather conditions over a 7,800 km route. When the most tenacious participants crossed the finish line, trucks equipped with Allison’s automatics were among.

Check out highlights of the 2020 Dakar rally raid

The 4000 Series solutions are intended for heavy trucks and ensure smooth and efficient operation. These units are notable for exceptional performance characteristics and enhanced reliability. Options with close and wide ranges of gear ratios and availability of an optional PTO greatly facilitate the driver’s work. The transmission unit can have up to 7 speeds, including 2 overdrive ratios and a 2-nd R gear. Operating characteristics of the gear shifting unit are further enhanced by the latest electronic controls. 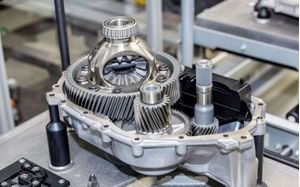 Volkswagen Group Components Develops Gearbox for All its MEB-based EVs

VW Group Components has announced that it has designed a transmission system for all the electric vehicles based on the MEB platform. According to the manufacturer, the new product is notable for its compactness and its operating versatility – i.e. it can handle different situations on the road with a single gear.