For the first motor-car designs, it was enough to have a single fixed ratio for driving around. But with the rapid march of technologies, it became obvious that developing cars capable of both rapid speed ups and remarkable max speed rates would need some engineering trick of changing the speed relations – the drive ratios – to match the conditions of the moment. Nowadays, there is still no ideal solutions on how to transmit torque from the engine to the drive wheels — actually, there’s not even a universal agreement on the best location for the switching mechanism that controls the ratio changes. More and more automakers equip their new models with paddle shifting systems – a shifting technology that came from the racing world. But the evolutionary path from the 1-st gear shifting mechanisms to modern paddles shifters is not about a constant onward progress, but rather like a rollercoaster with many ups and downs. The gear shifting mechanism was relocated from the floor to the steering column and the dashboard and then back to the floor many times, and each time reasons for gear shifter repositioning were caused by different trends or the appearance of new technologies.

While some early car models could function with more than one gear ratio, they could not be shifted while running. Everything changed when Louis-René Panhard and Emile Levassor, created a sliding-gear transmission — and a shifting mechanism — for their 1895 Panhard-Levassor. By 1904 almost all car manufacturers had started using sliding-gear solutions. Ratios were changed with a long gear lever sticking out of the car’s floor.

For proper gear shifting, the driver certainly needed some specific skills and experience to match the RPM rate and the selected speed. It was quite a challenging task for inexperienced drivers, but it worked, however, this process was often accompanied with substantial grinding of gear teeth. In later years, engineers developed mechanical synchronizers that made the process of ratio changes much easier. The floor-positioning of the lever still prevailed in automotive designs for more than four decades.

However, at that time, this kind of the lever positioning was quite uncomfortable for a passenger in the center of the front seat, therefore in the late 1930s car makers came up with the idea to relocate the shifting mechanism to the steering column. American cars of that time were quite spacious with a front bench seat designed for 3 passengers, so the column shifter seemed like a reasonable solution. A column shifter firstly appeared on the American car in 1938, and stayed on the market as a standard shifter option for 4 decades. One of the first column shifters found application on the 1939 Plymouth. Subsequently, this technology was integrated in Chevrolet and Ford models. Eventually, column shifters, also known as “three on the tree”, were considered as an industry standard. But the column shifter reached its prime in the 1940s when automatic cars started conquering the automotive market, and remained in high demand for more than two decades. By the 1960s, the column shifting technology was on its way to falling out of favor. This gradual change was motivated by 2 main factors — a closer attention to higher performance capacity and the necessity to optimize passenger-cabin designs.

Since column shifters were not easy to operate and unsuitable for racing, the car manufacturers cut holes in sedan floors and installed shifting levers on gearboxes. Pontiac, for instance, provided a special-order 4-speed manual unit with an aftermarket floor shifter, designed by Hurst, in 1961. This measure helped to significantly speed up the process of gear shifting, and “four on the floor” became indispensable for powertrain designs of performance-oriented vehicles. Performance capacity of new models became the main selling point in Detroit, the center of the automotive industry in the US. Evolutionary changes in automotive interior design made bucket seats and center consoles quite popular, so the bench seat was no longer a problem for mounting a floor shifter. By the mid-1980s, column shifters had almost disappeared from road cars sold in the US. However, this system can still be found widely on North American-market.

With the advent of the new millennium, trends in the gear lever positioning changed again. Some, like the shifters in the Fiat 500 and Honda CR-V were located on an extension of the lower dash. At the same time, some Chrysler and Honda minivans were developed with shifting mechanisms mounted well up on the dashboard. The appearance of “by-wire” technologies, based on electronics rather than on mechanical linkages, motivated some car manufacturers to consider the steering wheel or steering column as more comfortable installation place for gearshift actuators. But experts and common auto enthusiasts still have no common view on this aspect of the automotive design. 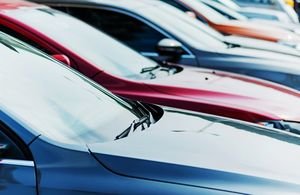