Signs of malfunction and failure of the transmission position sensor (switch) 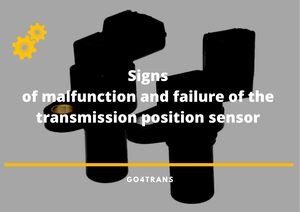 Signs of malfunction and failure of the transmission position sensor (switch)

Over time, the transmission range sensor fails or wears out. There is a number of signs indicating this malfunction or failure.

1. The Engine does not start, the car does not move.

2. When you enable a given gear, the transmission is switched to another gear.

Sometimes, when the selector lever is moved to a certain position, the sensor signals a completely different gear. As a result, the TCU is controllably switched to a gear that does not correspond to the one selected by the driver using the selector lever. This is dangerous because it reduces the level of safety when driving and increases the likelihood of getting into an accident.

Detection of any of these signs indicates the need to contact a mechanic.