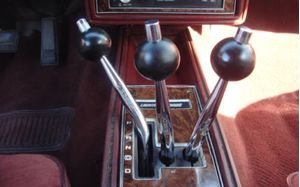 Today, it may be hard to believe today, but in the 80s, GM amazed the automotive market with cars with remarkable gear shifting mechanisms. These remarkable shifters allowed drivers of automatic cars to shift gears manually.

In 1968, Oldsmobile, in cooperation with Hurst Performance, produced a special version of the Olds Cutlass Supreme, named the Hurst/Olds. The most remarkable feature of this car was neither the paint job nor its powerful engine, but a Hurst dual-gate shifter that offered two algorithms of gear shifting. Before this unique project, George Hurst offered his remarkable gear shifting solution in 1963. It was supposed to make it possible for muscle-car drivers to shift gears more rapidly than with standard automatics. The Hurst shifting technology was based on a simple engineering concept - a shifter with 2 paths. The main left shift pattern was a conventional PRNDL (automatic) mechanism where you shift the lever in D gear and let the gearbox do the trick. It operated with medium line pressure and quite low shift points for comfortable driving. The other gate was intended for a synchronized manual control.

It implies that drivers of that time had a genuine choice. They could drive comfortably without troubling themselves with shifting gears (automatic mode) or to be more involved in the inner workings of their vehicle (manual mode). They could rely on the control system to do the job for them or to trust their own reflexes. It was also known as "His 'n' Her" shifter, as female drivers preferred to drive automatically, while men more often opted for the manual control. 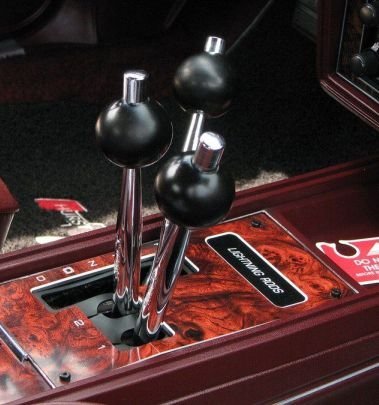 For futuristic gear shifter design, Hurst engineers took inspiration from the Lenco gear shifting technology that gained popularity in the world of drag racing. The design of Lenco unit comprises a series of planetary gear assemblies with a modular arrangement. The engineering structure of this transmission included a shift lever for each gear set. Hurst used this race-only setup as a basis and adjusted it to conventional automatics, making it possible for common auto enthusiasts to feel like a professional racer.

The Lightning Rods solution was conceived to operate like any standard automatic gear shifter, with a well-known PRND pattern. The most peculiar part of its design lied in 2 extra levers. No wonder that such unusual design solution frequently confused young drivers, so Hurst made sure the system had a means of being driven even by inexperienced drivers: it was necessary to push the center and right lever forward to switch the gear shifting process into automatic mode. 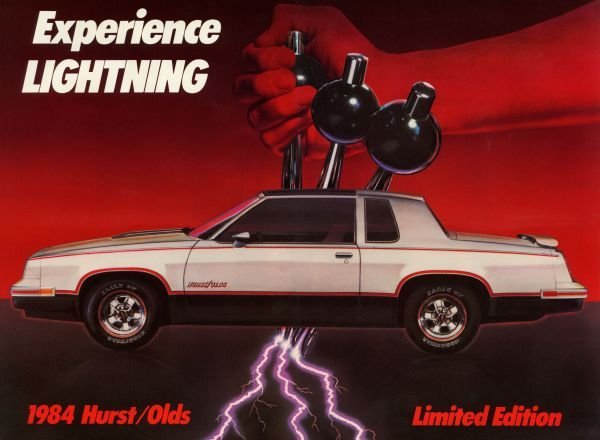 Designed to be visually fascinating as Lenco, at the same time allowing manual shifting in the automatic car, the Lightning Rods system became a truly unique technology. These shifters sold in limited quantities by Hurst at speed shops throughout the US, but their expensiveness kept volume low. Moreover, this miracle of automotive engineering also found application in ’83-84 Oldsmobiles.

Check out this 3 lever shifter in action

Unfortunately, these 3-lever shifters turned out to be commercially unviable, and after ’83-84 Olds, this technology became a part of the automotive history. Hurst tried to revive this technology introducing aftermarket kits, but this idea also had poor success. Eventually Hurst shifting technology was replaced by more efficient shifters (Ratchet, Manu-Matic). 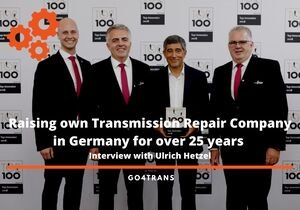 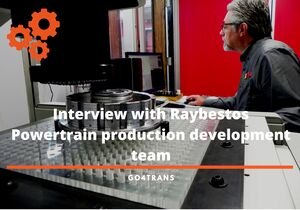 As far as I know, we are the only company that manufactures frictions clutch plates, steel clutch plates, and similar products, that is vertically integrated. In other words, not only can we test new designs, we also develop our own resins, and we can design and make our paper.