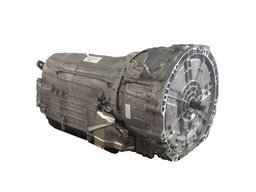 In the fall of 2010, engineers of Mercedes-Benz presented an updated version of the automatic gearbox 7G-Tronic Plus. For the first time this gearbox was applied in the CL-class (216 series). According to representatives of the company, this gearbox became more comfortable, quick-operating and economical than its predecessor. The 724.2 gearbox is equipped with the torque converter of a new generation. This torque converter is more durable; it has reduced noise level and faster response time thanks to innovative technology. In addition, this gearbox is equipped with the “start-stop” system. The engine RPM gets reduced in the ECO mode that significantly contributes to fuel economy.

The 724.2 gearbox undergone systematic optimizations to reduce energy losses caused by traction. This and other measures made it possible achieve 7% fuel economy. In 2012 a new car Mercedes-Benz SL was equipped with the 7G-Tronic Plus. The roadster became the first car of Mercedes-Benz, which was equipped with a newly developed Direct Select paddle shifter on the centre console. This feature is used for more dynamic driving style. The latest changes in 7G-Tronic Plus were introduced in 2013. The updated version of this gearbox was used in E300 BlueTEC HYBRID, where the 20 kW e-motor was integrated in the case of the torque converter. In 2013 the 7G-Tronic was replaced by the 9G-Tronic automatic gearbox.

- Reduced fuel consumption: the function “Start-Stop ECO” ensures that the engine switches off temporarily when the car gets stick in traffic jams of stops at traffic lights.