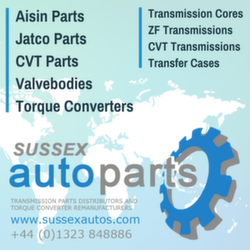 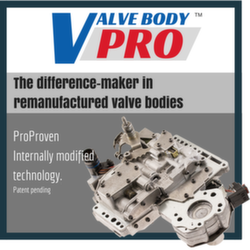 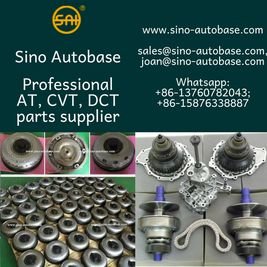 The 4-speed automatic gearbox Ford A4LD was designed for RWD vehicles (Explorer, Mazda pickup cars and many others) with engines from 2.5 up to 4 liters. This family of transmissions is manufactured in Bordeaux, France. After the update in 1995, this gearbox was provided with an electronic control, the letter "Е" was added to its name (A4LD-Е). In 1997, this gearbox became fully equipped with an electronic control unit and changed its name in accordance with a new classification- 4R44E,and after the update of several units, the 4R55E modification was released. Spare parts for repair of these gearboxes are interchangeable.

The torque converter in these transmissions is the first component to be replaced during repair procedures. In most cases, transmission specialists order the Masterkit repair kit to fix this transmission. This kit includes all gaskets and seals, rings and friction components with discs, except filter and brake bands, which are ordered separately. Repair kits contain all necessary gaskets and spare parts of the valve body, other gearbox components and pan, to replace the old rubber, paper gaskets and plastic of the transmission, which served for more than 10 years.

Vibrations and overheating of this drum may lead to replacement of not only friction elements of the package Overdrive, steel discs, and bearing disc, but also of the pump support.In many cases, packages get burnt because of worn-out pump bushing and insufficient pump productivity. This problem can be detected by means of the leaking seal.

The repair of electrical components consists of replacement of EPC solenoids, solenoids shift (4), solenoids of the torque converter locking (TCC), which reached the end of their service life.The valve body often causes insufficient (on bushings) or excessive pressure. The valve body gets clogged with friction dust from the worn torque converter. If the torque converter friction is worn out to the glue layer, then it significantly speeds up the wear-out and clogging of solenoids and the valve body.The most replaceable clutch discs are friction elements of the Forward Clutch package and corresponding steel discs, which twofold outrun the package Direct in sales, other friction elements are replaced more rarely.