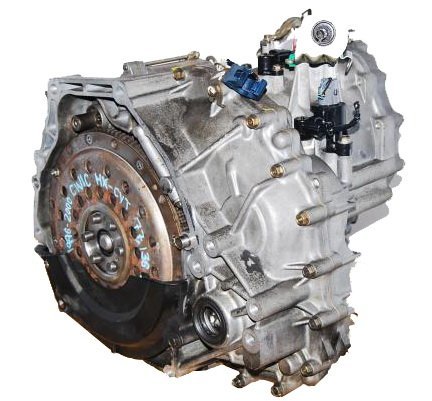 The first Honda CVT transmission named as M4VA (Multimatic) was designed in 1995 for Civic with engine 1.6 liters and had been installed on American models of Honda until 2000. In 2000 this CVT was slightly updated and renamed as MLYA, but after a short time a new modification under the name SLYA was released and installed not only on American Civic but also on Honda City. The modification SLYA didn’t have typical problems of the predecessor and this CVT had been produced from 2002 until 2005 for Civic with the engine 1.7 liters. To this day SLYA is installed on 1.5 liter Honda Fit.

The belt is the main spare part which specifies the lifespan of this gearbox. In terms of design, this gearbox is very similar to the RE0F06A equipped with a push belt. The chain gets strained and and side teeth wear down. Timely detected problems with the belt allow saving surfaces of shafts and only to replace the belt. As with all pushing belts, it is crucial to set the right direction of the belt during the assembly operation, otherwise the owner will soon have to order a new CVT.

The overhaul of this popular and rare (in repair) CVT is usually accompanied with order of the following spare parts:

- Filter in the pan