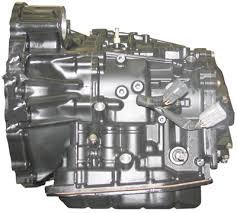 The 5-speed automatic gearbox U250E is installed on all FWD and AWD vehicles produced by Toyota and Lexus with engine capacity from 2.5 up to 3.5 liters.

The whole range of U150 is more comfortable and economically viable (and high priced) alternative to "invincible" 4-speeds U140-U240. The 6-speed automatic gearbox U660 was produced in 2007 for Toyota Camry and Lexus car drivers who are more demanding of gear shifting process. The U150, 151 – can transmit a bit higher torque at low speeds than U250E. The U151F unit is intended for 6-cylinder full-wheel drive vehicles- RAV4, Highlander, Sienna.

Major repairs of U150-250 units almost always starts with the torque converter repair and spare parts replacement ( lockup).The set of pistons is also included in the typical list of spare parts for repair of this transmission. The pairs of firctions (steel disks in the Overdrive drum) is the first component to get burned in these units. The second spare part to be considered is burnt Direct clutch (happens if the vehicle continuously operates with burnt Overdrive frictions).

The kit of friction components is ordered as frequently as the Overhaul kit especially when repair specialists have to deal with gearboxes with burnt ATF. Early wear of the Overdrive friction clutch is linked to the design of the rear cover, which plays the backup role for this clutch cover (drum). The other common issue for majority of these automated gearboxes is related to problems with pump seals and axles. The pump bushing is usually ordered together with abovementioned spare components. The main symptom of the problem is the ATF leakage through the pump seal. The main cause of this problem is an aggressive driving style and a long-term driving with burnt torque converter clutch.

Problems with electrical parts in U250 and U151 gearboxes are often triggered by issues with the valve body.The valve body U250 (2002-2004) frequently could not maintain set parameters, old (massive) solenoids couldn’t cope with tasks, therefore the valve body wears rapidly. In 2005, the valve body was updated after replacement of solenoids (the valve body itself was left unchanged). Solenoids for valve bodies of U250 and U151 units ranges for different cars and selected according to VIN-code of the car.

Peculiarities of early repairs of U250 and U151 units are related to the fact that the “electric clutch” was widely used in 2000-th and engineers refused from the "full-proof" comcept and did not limit capacity of the driver related to the aggressive driving style, that may lead to burning of friction components and other elements.